Idle curiosity got the better of me. Today I searched out the term Coffee Trends on Google, and I'm not terribly surprised at what I found. If you look back in time, you'll find that where we were, in the ago, is an excellent road map as to where we are going. This concept applies to almost any historical data, and it applies to coffee too.

Coffee Started Out Where? 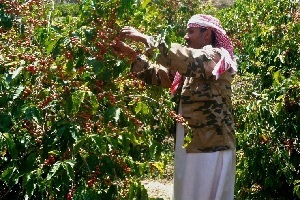 There's a lot of conjecture about where coffee drinking started. Most folks think it was in what is now modern day Yemen. However, there's little disputing that the growing of the coffee plants started in Ethiopia. However, it may have originated in Kenya, or Sudan, but most scholars pinpoint the start to Ethiopia.

Did you know that coffee is a fruit? Some call the bitter coffee plant fruit a cherry. It is not a cherry. The coffee bean is the pit of the fruit. It is not an actual bean, but a seed. A highly caffeinated, delicious seed, when roasted, anyway. 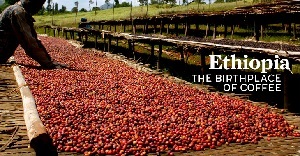 There is also a lot of conjecture, myths, really, as to who first roasted coffee beans, and why. Really, does it matter? This information is all lot in time.

Have you ever stopped to think about what we humans eat? Someone, once upon a time, kicked up a potato out of the ground. They looked at it and though, "Yay, a dirt clod! I'll take it home, cook it, and slather some curdled milk on it! Yum!”

Well, in some fashion some nut-ball took the coffee "cherry" seed, cooked in in a fire, crushed it up, then dissolved it in water to make a drink. Thankfully they did, by the way. they started the first of many coffee trends!

This all took place, supposedly, in Yemen, where the drink became the favorite of Islamic religious leaders in the 14 or 1500's. Back and forth through the centuries, coffee was banned, brought back, banned, etc. Seems that nothing this good could be, you know, good.
The coffee surge began into Europe in the 16th century, and from there the plant was exported to, well, everywhere coffee plants grow, for the most part.

Coffee use spread like wildfire! Ethiopia grew it, Yemen became a Yemenbucks, of sorts, then surrounding areas spread the drink, through trade and conquest. Ships sailed the high seas, hither and yon, taking with them the seeds to spread the drink, climates willing and able, of course. How does this impact us today?
Well, recognizing that coffee is both delicious and highly addictive, for starters. Secondly, as the coffee snobs are sure to point out, different locals produce different coffees. Changes in the soil can impart different bouquets, different flavor profiles. In a weird way, coffee is like wine. In fact, there's speculation that the original word for coffee was the same word used FOR wine. 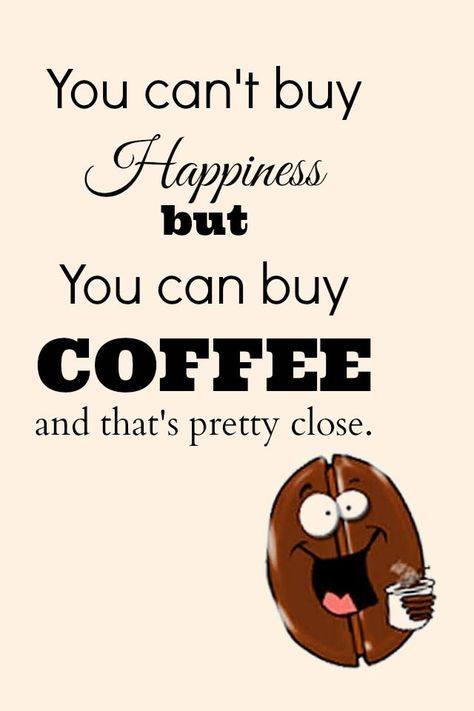 I guess that makes me a coffeeo. Sounded way better in my head, that. Like wino, but, you know...erm...um, never mind.

So the coffee, it has a wine connection, so wine has that going for it.

Tea has almost always had a large following of devoted drinkers. Coffee, not so much, until recently. Here in the USA, coffee really gained a good foothold after the Boston Teas Party, in 1773. Many folks switched to coffee from their usual tea in protest of the high (and nigh, unfair) taxation of their beverage of choice.

Back then it was fairly common to boil coffee. Toss the grounds in, let them settle to the bottom, and draw coffee of the top. In fact, Marine Corps coffee is still made this way in the field, but they toss ice (if available) or cool water (if not) on the boiled coffee to make the grounds sink.
Another method which has been around forever, if seems, is the French Press. 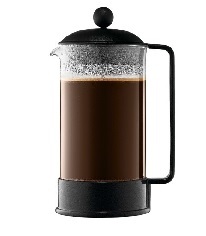 Percolating is a more recent method of brewing, followed by drip brewing, a la Mr. coffee. I know, how gauche. Oh, by the way, if any of these words are throwing you off, Google them. My motto is: learn something new, at least one new thing, daily.

Anyhoo, another method of brewing coffee is pressure percolation, which is how espresso is made. 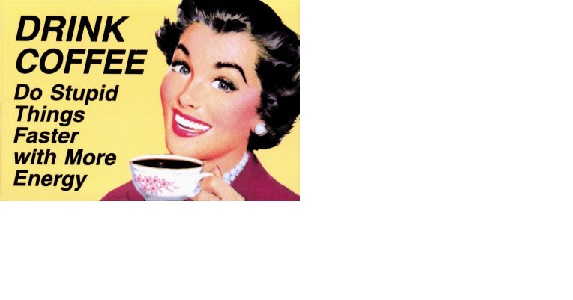 Although the brewing methods vary, and change over time, the bottom line is that well brewed coffee is plain delicious. So where are the coffee trends heading now? Well, let's jump back a little closer in time.
Not too long ago, 25 years, maybe, coffee houses were rare, although they were a big deal back from the 1500's on. People would meet, discuss things, slurp their elixir. Call them caffeine bars, if you will.
Jump forward to the Dobie Gillis (TV Show, 1950's) era, and you had beatniks and the like populating them. Poem readings, bongo drums. snap snap snap snap. That would be Maynard G. Krebs (aka Gilligan) snapping his fingers, rather than clapping. Hey, that's just what they did back then.
Then came the run-of-the-mill coffee shops. Denny's. Mom and Pop’s places. Mel's Diner. Central Perk.

Many years ago I read an article in some food and beverage magazine, I think, how a huge juggernaut of coffee purveyor-ism was coming to sweep America, and the world, off its feet. This would be coming from Seattle, and as the prognosticators told it, it would be impossible to ignore. At the time there were but a handful of Starbucks.
By the way, you may have noticed that I'm ignoring the Keurig juggernaut here. Not to worry, I'll address that later, too.
Anyhow, I dismissed this assertion on its face. How could a specialty coffee shop compete successfully with the likes of Denny's?

By not being a coffee shop, but rather, a coffee store.

Coffee shop imparts a measure of leisurely servers, "What'll you have, hon?", cigarette smoke, old guy reading the newspaper at the counter. A coffee store, that's hip, trendy, flashy, with strong, and I means Arnold strong, coffee. Not Arnold Palmer, nor Arnold the pig, by the way.

Cool music, fast(ish) service of specialty drinks. Appealing to the inner coffee snob. Not being a lunch counter. Charging a premium, for a "premium" brand. And people ate it up! Add in the perks of  adding technology (free wifi) allowing folks to sit all day using their laptops, giving the illusion of more customers that there really are. It all adds up.

30,000 stores worth and counting. Same store sales up 4% over the prior year with a 9% over all revenue bump?
See The Motley Fool Article.

Where can the coffee purveyors go now? What can Starbucks, and their competitors do now, no placate the addled bean suckers who wait in line all hours of the day for their fix? Who IS their competition?

Well, the biggest are none other than McDonald's, of all folks. And Dunkin Donuts. Everyone else is pretty much just fodder and filler. Oh, sure, there is the UK's Costa Coffee, who have about 3,000 stores. Wanna bet Starbucks buys them out? It would be the smart move, and they are smart.
You know, like they did all their other major competitors? Peet's, boom. Seattle's Best, boom. Il Giornale, boom.
They ain't going to buy out McDonald's, nor Dunkin.

So, how to continue the growth? Raise prices, offer more products, both drink, and food. Enter and saturate new markets?
I've noted that my 9 year old granddaughter is already sort of hooked on Starbucks. Their sugary cold drinks are allegory, a metaphor, in a way, to the Slurpees that drew me into 7-11's as a child. yeah, I'm stretching the meaning of allegory a bit, but it's my blog, so nyeah.

My product predictions in regards to coffee trends:

Some sort of carbonated coffee drink, hot or cold.

Fruit infused coffee beverages. You know something, I HATE scent infused coffee with an unbridled passion. That is NOT what I'm talking about here. I mean actual flavor infusions.

Coffee delivery. Maybe via GrubHub, maybe by sellers themselves.

Coffee "Starbucks Trucks", StarTrucks? Like the ice cream man, but with coffee.

Robot Baristas. Who can spell names, too.

Personally, I think the boutique roaster stands a great chance of breaking out and making it large in the next coupe years.

Back to the topic of Keurig as promised 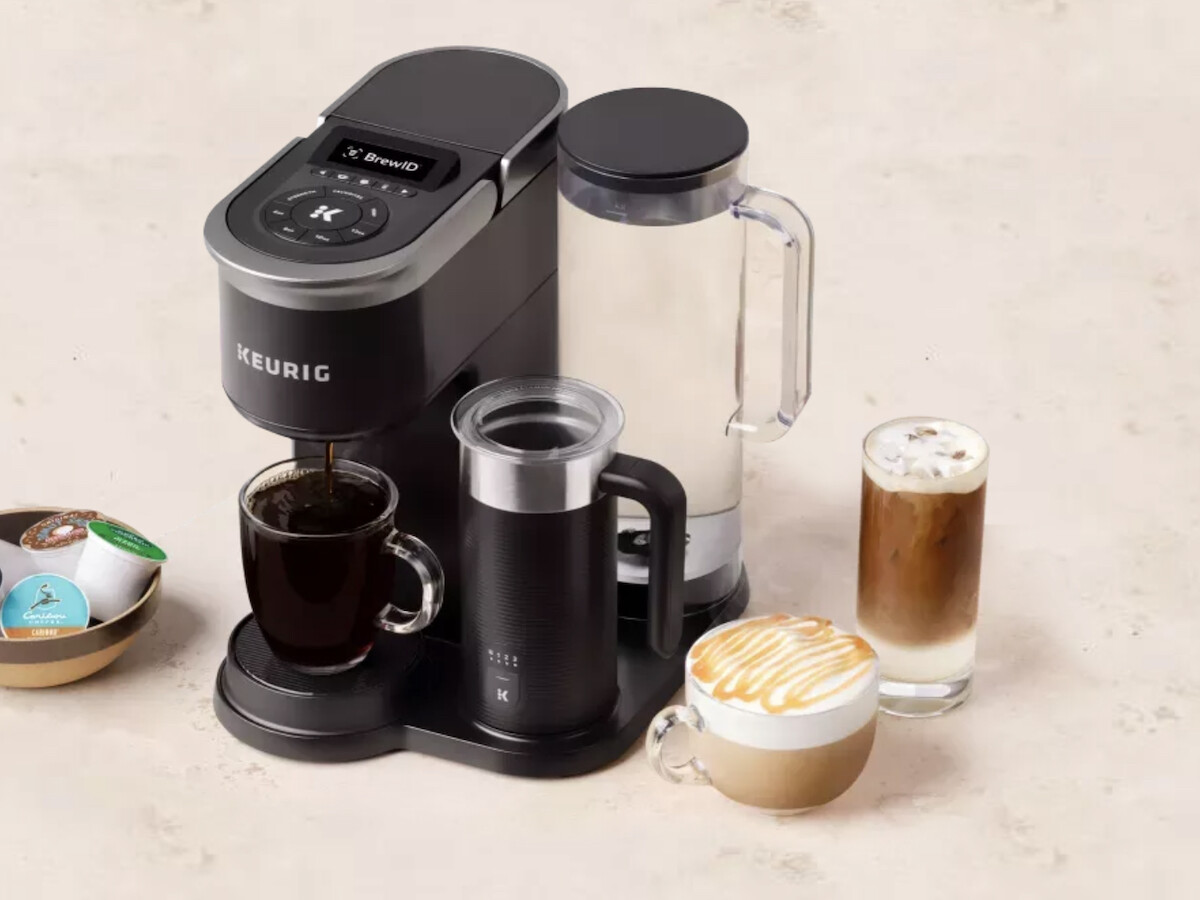 Keurig has done for at home coffee making what Starbucks has done for coffee stores. Without a doubt they are, if not a King of coffee, a well-respected duke. I mean, you spend $5 for 25¢ cuppa at Starbucks, and you spend nearly a buck for a 10¢ cup at home. Genius! In fact, Keurig even slaves Starbucks into using their patented cups for the at home market! Amazing!
You can brew tasty, fresh coffee as you want it. You can brew hot chocolate, apple cider, teas, both hot and iced.
Yet there is a challenge that needs to be spoken of:
The largest brew from a Keurig is simply too small! And if I want to fill my thermos for the day, my regular old, trusty Mr. Coffee style drip maker is the go-to.
Think about it for a second: If Keurig's were capable of making pot sized batches, maybe folks would not need to drop by Starbucks once or twice a day, or several times for that matter!
Then, of course, Starbucks would have to buy Keurig.

Be sure to join our coffee community, it's a free coffee social network!
https://delightfulcoffee.com/cb-registration